Vision: Software to provide all the motion, mechanism, and cam design tools a machine design engineer needs for packaging, assembly, and textile machine design. To visualize complete machine models, with as many cams and mechanisms as the machine. To provide all kinematic, force, and torque data that is needed to make the best possible design decisions and so be able to design the best machines. 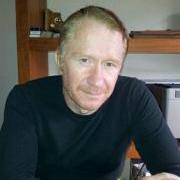 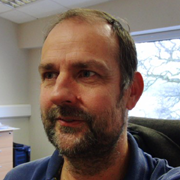 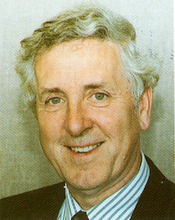 John Rees Jones started his career as an indentured apprentice engineer with Paton Calvert & Co Ltd Manufacturers in Liverpool. There he became a designer draughtsman in press tooling and specialist machines. John then served a two-year period of National Service in the British Army (REME). After successfully completing the training period he was appointed as a Leading Artisan Sergeant and took a posting to lead the Armament and General Section of a REME workshop in support of the gunnery activities of a Royal Artillery (AA) Regiment.

Then his career progressed at Liverpool Polytechnic (now Liverpool John Moores' University), where he developed a strong interest in the Theory of Machines, Machine Tool Dynamics and Automatic Control. He established the Mechanisms and Machines Group there. The Group’s remit was to provide both a practical and a research environment for academic staff and students and researchers to study. He developed new courses, up to and including the M.Sc. in Machine Design. He has supervised more than 20 Ph.D.s and dozens of M.Sc. dissertations. The Group also provided consultancy to machine makers and users, generally with the object of improving dynamic performance and reliability. In1989 the title of Professor at Liverpool Polytechnic was conferred upon him.

He also collaborated as an Adjunct Research Professor at the ‘University of Florida, Center for Intelligent Machines and Robotics’. Similar collaborative ties were formed as Visiting Professor at the University of Sunderland and with University of Sheffield (Electrical Machines) and University of Yamanashi Japan (Robotics). He has continually written, co-written and reviewed research papers on machine design, automatic machine control, as well as edited books on his subject.

A Chartered Engineer and active Member of the Institution of Mechanical Engineers, John had previously served and later been Chairman of the I.Mech.E. Committee for Solid Mechanics and Machine Systems. He has also contributed in the work of the Editorial Committee for the I.Mech.E. Journal for Systems and Control Engineering as well as The Journal of Mechanical Engineering Science.

In partnership with George Rooney, he developed Camlinks, the forerunner of MechDesigner. Latterly, he also acted as a consultant for Machine Systems, chiefly with Unilever Research.